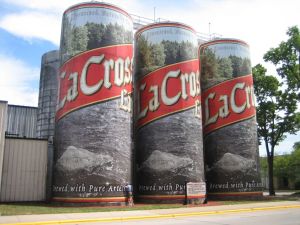 There measures where you don’t want to be #1; Fetal Alcohol Syndrome (FASD) is certainly one of these. Unfortunately, the Oshkosh Northwestern reports that Wisconsin leads the nation in reported drinking among women of childbearing age and likely leads in FASD (hat tip to Madison NORML).

Each year as many as 200 Wisconsin newborns show the effects of prenatal alcohol exposure, according to the University of Wisconsin’s Fetal Alcohol Spectrum Disorders Treatment Outreach Project.

Dr. Georgiana Wilton, an associate scientist at the University of Wisconsin Department of Family Medicine in Madison, believes it’s likely the state leads the nation in that category, though such data is not kept by every state.

Prenatal alcohol exposure is a leading cause of mental retardation and learning disabilities nationwide. By that standard, Wisconsin babies are at greatest risk.

Wisconsin leads the nation in reported drinking among women of childbearing age. The state has the highest prevalence of frequent alcohol consumption among women ages 18 to 44, according to a 2006 risk-factor survey by the Centers for Disease Control and Prevention….

Exposure to alcohol puts a fetus at risk of a cluster of preventable developmental problems known collectively as fetal alcohol syndrome or the related fetal alcohol spectrum disorders — a term describing the range of effects that can occur in any individual whose mother drank alcohol during pregnancy.

An individual with fetal alcohol syndrome can incur a lifetime health cost of more than $860,000, although the National Organization on Fetal Alcohol Syndrome says costs can be as high as $4.2 million. It costs the U.S. $5.4 billion annually in direct and indirect costs. Direct costs are estimated at $3.9 billion annually, which includes healthcare costs as well as costs associated with social services and incarceration.

Sixty percent of individuals with FASD will end up in an institution (mental health facility or prison). And it is estimated that almost 70 percent of the children in foster care are affected by prenatal alcohol exposure in varying degrees.

Not mentioned are the increased educational costs associated with FASD. Like lead paint exposure, this is preventable factor which adversely effects the future prospects of children, costs our schools time and money and contributes to inequality. It is also another example of why schools alone are not sufficient to address the needs of our children (and their parents) and why things like the “Broader, Bolder Approach to Education” make sense.

One response to “Leading the Nation?”