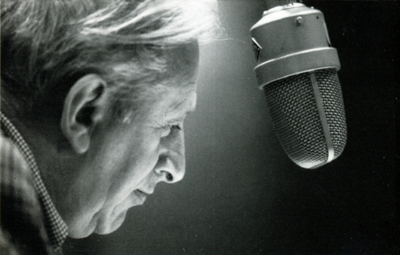 “Someone who does an act. In a democratic society, you’re supposed to be an activist; that is, you participate. It could be a letter written to an editor.”

“But once you become active in something, something happens to you. You get excited and suddenly you realize you count.”

In had the pleasure of meeting both Studs and Ida Terkel (and here).  I remember Studs saying that he wasn’t much of an activist, that Ida had him beat there.  They both were activists, they both were fine democratic citizens.  I hope he voted early.

Many hours of education and pleasure, as well as inspiration to activism can be found at Studs’ “Conversations with America” site.