Taking the Bloom off the Rose (Fernandez) – Part 2 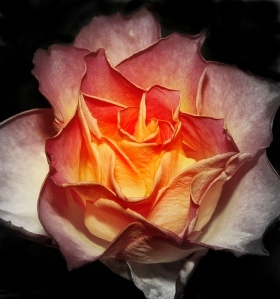 I’m going to start by revisiting some things from part 1.

On Tuesday. April 7 Wisconsin voters will chose between Tony Evers and Rose Fernandez for the post of State Superintendent of Public Instruction. I’m backing Evers for reasons explained at a little more length in that post, but mostly because I believe he understands the big problems with school finance and an accountability system built on the nearly useless WKCE, knows what needs to be done, will work for changes and and has the skills and experience to be effective (I’d still like to see more urgency from Evers, but you can’t have everything).

The contrasts of qualifications and policies between Evers and Fernandez are stark. Fernandez has also asked voters to judge the candidates by their campaigns. I’m happy to make that part of my considerations, and in the process found that the central narrative of the Fernandez campaign bares little relation to reality.

This is the story of how Fernandez led a “grassroots’ parent-student-teacher coalition” of the Wisconsin Coalition of Virtual School Families (WCVSF) against the mighty “WEAC and the education bureaucracy” and won.

This post uses lobbying reports to show that the pro-virtual school lobby work in which Fernandez was a major player far exceeded the efforts of WEAC and others who Fernandez and her allies have painted as the Goaliths in the story.

You can debate who won and lost in the battles over the licensing, funding, auditing and capping of enrollments for charter schools, but to a great degree Fernandez and her allies did get what they wanted in the end (I’d say to some degree the citizens of Wisconsin lost, but most of that is another story).

Where the Fernandez campaign breaks with reality is by portraying the WCVSF as a “grassroots’ parent-student-teacher coalition.” It isn’t. It is part of a well-funded network of AstroTurf front groups serving the interests of virtual school profiteers and privatizers out to destroy much of the good that public education does for students and the community.

Both Cory Liebmann, Jay Bullock, and especially the One Wisconsin Now and their FiveMillionForFernandez project, have done much to poke holes in the self-serving Fernandez myths (click on the links to get caught up). In part 1, I added some connections to AstroTurf groups in other states, like the Ohio Coalition of eSchool Families, Florida Coalition of Virtual School Families and Missourians for OnLine Education to show that Fernandez’s WCVSF was hardly a local do-it-yourself enterprise.

Now I want to look at the lobbying reports and some of the politics involved in the passage of the virtual school law that is at the center of the Fernandez campaign biography. In the version I’m documenting, there is no David against a Goliath; it is more like Muhammad Ali versus Joe Frazier, two heavy-weights, with the advantage in size going to the Fernandez team.

To refresh memories, the basic story is that after an appellate court ruling on a suit brought by the Wisconsin Education Association Council (WEAC) found that the Wisconsin Virtual Academy (WIVA) was not in compliance with state charter school laws on in-district students and teacher licensing, Sen. John Lehman and Rep. Brett Davis put forth competing bills to address the situation. The Davis bill (AB697) changed little except creating exemptions for virtual schools. The Lehman bill (SB396) required larger roles for licensed teachers with virtual schools, and introduced new accountability audits, and — based on the reasoning that virtual schools had fewer expenses and that much of what the state was paying just fattened the bankroll of companies like K-12 inc (which operates WIVA) — cut funding to half the level of other charters. On a side note, I think that Lehman’s cut may have been extreme, but the idea was right, educational tax dollars should not be the source of windfall profits. At this point the AstroTurf (and I’ll be honest some genuine grass roots) came into play. Smelling an opportunity, the “I hate unions,” “I hate WEAC,” “I hate public education,” gangs joined in (or more accurately given the players from the start, continued their involvement). Behind closed doors the lobbyists went to work (details below). In the end, Lehman and the Democrats won some small things on audits and licensed teachers, but basically threw in the towel. Governor Doyle added a last minute cap on enrollment and what was primarily the Davis bill in terms of funding and much of the Lehman bill on other things, became law (AB870). In this showdown, much of what the WCVSF “won” was money for K-12 and other corporations. [Forgive and please correct me if some details are wrong, the story is convoluted and I made an honest effort to get it right.]

Some version of the public story is what the Fernandez allies would like remembered. Nobody involved (and I mean nobody, that includes all the Democratic lifers in office, on staff, or working as lobbyists or for “strategic communication” firms) wants to have the role of lobbyists in this or any other story examined. Only the Wisconsin Democracy Campaign and One Wisconsin Now seem interested in shining a light on that aspect of our system.

Well I got out my little flashlight and went looking. The short version of what I found was that in the months of January to June 2008 when this story played out, the total amount of hours and dollars spent lobbying in favor of virtual schools was more than double the amount spent lobbying against it.

I looked at the hours and dollars spent by organizations lobbying in favor of or against AB697 (the Davis bill), SB396 (the Lehman bill) and AB870 (the compromise that passed). Click on the bill numbers to access the lobbying reports that served as the basis for the calculations below. Excluded were organizations that did not record hours or dollars, or registered both for and against (Wisconsin Council of Religious and Independent Schools) or with a “?” (MMSD).

The first table shows the efforts of those favoring the Davis bill and opposing the Lehman.

Fernandez and her corporate allies spent over $175,000.

Only three organizations opposed the Davis bill and supported Lehman’s.

Things are less dramatic with AB870, but still worth looking at. Here are the two charts.

The first thing to note is that Fernandez’s organization reported no role in the compromise she has touted as her great victory. None.

Beyond that, the efforts are about even, with the Fernandez allies now including the Wisconsin Association of School Boards and total expenditures in favor about 12% greater than WEAC’s effort against.

Who lobbies also matters. The WCVSF lobbyists were Christopher C. Mohrman of the politically connected law firm Michael Best & Friedrich LLP and Richard Chandler, former Wisconsin secretary of revenue and state budget director under Tommy Thompson. Joining Mohrman as a lobbyist for K12 Inc., was his old boss in Tommy Thompson’s Commerce Department, “uber lobbyist” William J. McCoshen (for an old AMPS post featuring McCoshen, see here), other employees of his Capitol Consultants Inc, and one of K12’s in house lobbyist. KC Distance Learning’s team consisted of Timothy Elverman and Michelle Mettner asscoiated with Broydrick & Associates, the largest lobbying firm in Wisconsin. Like many of the lobby powerhouses, Broydrick seeks connections on both sides of the aisle, Elverman appears to work the Democrats and Mettner the Republicans; ideology has no place in their work. Connections Academy brought Peter Christianson and Thomas Fanfara of the giant law firm Quarles & Brady to the team. Bryan Brooks and Michael Rogowski of Whyte Hirschboeck Dudek Government Affairs LLC were the lobbyists for Insight Schools. Rogowski held many GOP positions, including Executive Director, of the State Republican Caucus. Brooks also has heavy GOP connections. This is a strong team.

Somehow, I don’t think that a Fernandez bio that read, “Fronted a well-funded and well-connected corporate lobbying effort that spent almost $200,000 to defeat a counter effort by teachers and educators of less than half that size, and succeeded in securing profits by over-funding virtual schools” would have the same appeal.

WEAC also expended considerable resources. There is no question that WEAC is a major force in Wisconsin politics. I wish the game were played differently, that big money wasn’t so important in elections, that lobbyists of all stripes had less influence, that the gravy train between campaigns, the Capital and lobbying didn’t run so regularly. That isn’t going to happen anytime soon, so while working for reform, I think it is a good thing that teachers have a major voice in politics. I don’t always agree with WEAC (or MTI or the NEA or the AFT), but on the whole I much prefer them to the Wisconsin Manufacturers & Commerce, All Children Matter, Americans for Prosperity, Wisconsin Institute for Leadership or the Coalition for America’s Families.

At the center, this is about misrepresentation. Evers doesn’t pretend to be what he isn’t, Fernandez’s entire public career is based on false representations.

That Fernandez’s misrepresentations take the form of an undeserved mantle as a “grass roots” activist makes this personal to me. I do volunteer (no compensation) grass roots activism with few or no real resources to do the work with.  I don’t have national networks funding the work.  The AstroTurf efforts like those Fernandez fronted make this work harder and offend me, even those involving WEAC.

Don’t forget to vote for Tony Evers on Tuesday (and Shirley Abrahamson, Arlene Silveira and Brenda Konkel if you can).