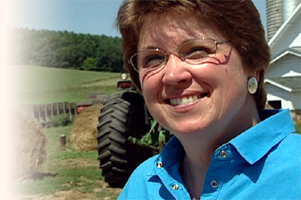 State Senator Kathleen Vinehout has an amazing post up on Uppity Wisconsin.  I’ve had the honor of meeting with her and she is an inspiration.  We need more leaders like her.  Read the post and drop her a line to tell her to keep up the good work and then send a note to the entire Democratic Caucus telling them to heed her words.

Change the Culture in the Capitol

Putting together the state budget is always a difficult process. But it is made more so by the deep budget deficit. A few weeks ago, legislative leaders and the Governor hammered out a deal. Later the deal was pushed through the legislature’s budget committee.

This week members of the Assembly are scheduled to vote on the budget. Behind the scenes members are told, “This budget is bad. We need to pass it as quick as possible and get out of town.”

In the Capitol, the culture is one of a few making the decisions and the many having their arms twisted to go along with the deal.

The culture of the Capitol has to change. Our job as elected officials is to take what’s happening in our districts to Madison. Once in Madison, we all have to be involved in making decisions. If we agree to deals we are not party to making, we not only give up our own power, we give up the power of the voters in our district.

For example, this spring 45 people from Pepin rode a school bus to Madison to tell me property taxes were killing them but losing their school means their community is dead. Adequately funding schools is just one thing not addressed in the budget deal.

I was told last week, I could ask for only one change to the budget deal. But people in Western Wisconsin need more than one thing. We need good roads, safe neighborhoods, thriving schools, a local pharmacy, local government services and lower property taxes.

When this happens, there is a lot better chance common sense will prevail.

The culture in Madison has to change and the only way this will happen is when individual senators and representatives insist they must be included; the voices of the people in their district must be heard. We must refuse to have our arms twisted by those who make the deals behind closed doors.