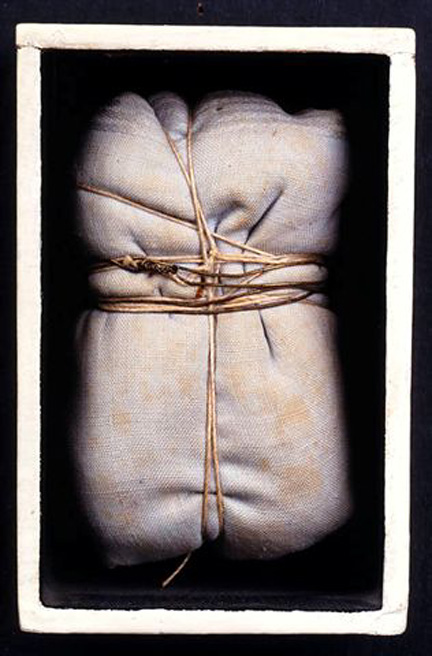 Only time for a quick wrap up of the Board of Education meeting.  See here for what was “On the Agenda.”

The big and good news — from my perspective — is that the Board asked that portions of the Equity Report be redone, along the lines of and for reasons similar to those decribed here.   They were nicer about it than I was, but at times those of us on the outside need to be direct and passionate in order to get attention and communicate how strongly we feel.  The revamped report is due in June.  The High School Initiatives has been moved to June (post-budget) also.  I still plan to post on some Equity Report related things in the very near future.

At one point Marj Passman termed the weak portions of the report “Data, data, data and no conclusions.”  I’d differ a little and say that one big problem was selected data points, no full data sets and no conclusions/analysis.   This was true with both the achievement measures and most of the resource distribution information (with the notable exception of the programmatic resources).

Two other good things came out of the discussion.  First, Lucy Mathiak asked that administrative proposals have attached in addition to a fiscal note some Equity assessment.  The Equity Task Force had talked about “Equity Impact Statements” being required, but did not use that language.  Instead we included this:

Abide by these equity guidelines when considering new and evaluating or implementing existing policies and programs.

and some related things.  This didn’t make it directly into the policy, but for the last couple of years it has been done informally via Board questions and discussions.  Now it will be more formalized.  This led Maya Cole to ask that the administration prepare a template for proposals and reports incorporating this and other ideas that have continually been of concern.  Apparently that is already in the works.  Progress both in terms of efficiency (answer the questions before asked) and the culture of governance.

Two of the other two items that got the most attention were budget related:  The Five-Year Financial Outlook to include Projected Budget Gaps and Tax Impacts and MSCR Proposed Budget Reductions and Efficiencies for 2010-11; (the third is the Reorganization, which is also indirectly budget related).

Much of the discussion of the Budget gaps was Board members clarifying their understandings of the nature and sources of the budget shortfall.  The discussion ended with Board President Arlene Silviera asking for an explanation in three sentences or less and using the word “gap” only once.  Susan Troller has a piece in the Cap Times where Supt. Nerad and others give it a shot (much more than three sentences and I counted seven “gaps” in the body).   “Tax Gap” seems to be one possible short hand.  Here is an excerpt:

What’s commonly been defined as the district’s budget gap in the past — the difference between the cost to continue existing programs and salaries and what the district is allowed to tax under state revenue caps — is actually $1.2 million. That’s the amount the district would still have to cut if the board were willing to tax to the maximum amount allowed under the state revenue limits. But if you add in the drop in revenue from the state — about $17 million for the 2010-2011 budget — it’s a loss of $18.2 million.

It’s fair to ask then, what makes up the other $11.6 million that the administration calls the $29.8 million 2010-2011 budget gap? In a rather unorthodox manner, Nerad and company are including two other figures: $4 million in levying authority the district was granted through the 2008 referendum and $7.6 million in levying authority within the revenue limit formula.

Confused? You’re not alone. It’s got many folks scratching their heads. But the bottom line is this: Although the district has the authority to raise property taxes up to $312 on an average $250,000 home, it’s unlikely the board would want to reap that amount of revenue ($11.6 million) from increased taxes. Large property tax hikes — never popular — are particularly painful in the current economy.

Pretty good job.  I’ll post my versions —  long (all the gory details) and short (three sentences, one “gap”) —  later this week.  I’ve put pieces of this up before in different contexts, for three examples see:  No to the Max: The New Trend in School District Tax Levies? from last September, February 16, 2010 Wisconsin Referendum Votes, and parts of Buzzsaw Time — Wisconsin School Budget Roundup.  By-the-way, it would be good if AMPS readers could add some facts and sanity to the comments on the Cap Times story!

The MSCR proposal did not get a good reception.  There was a sense from some that much of what was included was there in an attempt to scare the Board off from any MSCR cuts.   There were also differences among the Board members on what the district’s responsibilities are in terms of recreational and adult activities and how these relate to overall budget priorities, with most Board Members uncertain as to their position.  Part of the distaste for the proposed cuts was that many of these cuts were in areas that are closest to the educational work of the district.  The Equity issues were certainly present, particularly in regard to cuts to programing at high poverty schools and fee raises for Youth programs.

This was an initial set of proposals and the Board asked for a redo here also.  New MSCR cuts and efficiencies will come back  during the budget process and will be finalized along with the rest of the budget in the next two months.  My impression is that many of the efficiencies (staff changes mostly) will remain, as will most of the Youth Fee increases and waiver cuts, that some programs will be restored and that adult Fees will be increased more in the revision.  That was my read of the room.

This is good time for a reminder about the Budget time-line.  Board members will get about $30 million in cut options from the Administration on Thursday and then the fun really gets rolling.  Here is the full time-line again:

I urge the district to make all information — cut options, Board questions, administrative responses, new projections, … — publicly accessible on the website in as close to real time as possible.  In other words, if the Board gets the options this Thursday, so should the public; if the Board gets an answer to a question on Saturday, so should the public.

There was lots of time devoted to the Reorganization (memo, revised appendix one, appendix two) and to be honest after all that discussion, I’m still not clear on many things. I’ll admit to not being clear on how many things work now, I know that many of the “how will this look/work?” questions can only be answered after implementation, but it is clear that there are many aspects where decisions have not been made yet and the vision isn’t clear.  If you want to spin that nice, call it flexibility.

My impression is that this is driven by a combination of big concepts (most good, some not so good), slotting existing staff where they will be better, budget savings (which apparently were not part of the original concept but are now) and change for the sake of change.  All of these are reasonable (I don’t like the last, but it isn’t unreasonable).  The result is something less than elegant.

The financial, contractual and job posting aspects got much attention in the Q&A.  The “savings” are as described here, some of the issues around the new “Teacher Leaders” have not been resolved but only two positions changes will require new job postings.

There was much concern about the relationship between existing professional development personnel and resources and the new structure.  It seems departmental/disciplinary budget lines will remain, but the new structure will coordinate among them via the “Clusters” and other means.  It seems.  July is the planned start of the changes.

On the big concepts, Supt. Nerad cited Atlanta and the University of Washington numerous times, so I’m going to close this part with some links to that work.

Atlanta’s Hall Says ‘Flipping the Script’ Has Transformed the Schools.

School Reform Teams and Flipping the Script in the Atlanta Public Schools: Creating a Customer-focused Culture in the Delivery of Services from the Central Office to the Schools.

A Marathon, Not a Sprint: Ten Years of Reform and Growth in Atlanta Public Schools.

Start at the Top: How Central Office Reform Is Improving Student Achievement (webcast).

Probably more on this later as I dig into the linked material and follow the trails.

I almost forgot the Badger Rock Charter School Planning Grant Application.  Some new financial information was presented.  This is a very together group.  Impressive.  They will certainly get Board approval for the planning grant application, but some issues do remain.  The grant approval is not the same approval for the school.  I’d say the odds are in favor of that too, but you never know.