Of two minds and no sense in Two Rivers 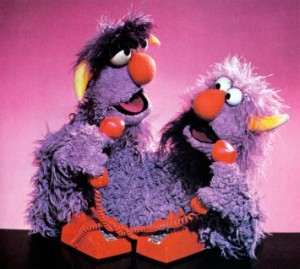 There is an editorial in the Herald Times Reporter on the Two Rivers school budget that presents contradictory ideas and ultimately makes no sense.  If you dig a little deeper, you’ll find more that doesn’t make sense.

The editorial titled “Two Rivers school budget laudable” is mostly in praise of the Board of Education for acting on their commitment ” to not raising taxes.”  To do this the Board “cut about $2 million from its $23.7 million budget.”  According to the editorial (the Two Rivers district does not post budget documents), about half of this amount came from increasing staff insurance and pension payments.  The rest from what the paper calls ” another $1 million in labor and materials savings.”

At least the editorial points out that the FitzWalker “tools” don’t actually work at the district level stating clearly “The budget repair bill provision is not, however, the panacea envisioned by Republican lawmakers.”

At this point I want to point out that nowhere in the editorial are students or the quality of education mentioned.  The closest it gets is a couple of places where providing “adequate services” is mentioned as a goal, each time along with and apparently inferior to ” protecting taxpayers.’  Two  paragraphs on Manitowoc, introduced as another district where the “tools” don’t work, is an example of this :

Other school districts are in the same situation. Manitowoc Superintendent Mark Swanson said recently that the tax levy could rise 9.5 percent under current revenue cap and state-aid formulas. The school board likely will need to take austerity measures, including possible staff reductions, to make sure that projection doesn’t become reality.

Swanson, along with other school and municipal leaders throughout the state, wonders what impact this all will have on their ability to provide the services they are paid to deliver — now and in the future.

Rhetoric about serving the taxpayer at the least possible cost rings hollow if all the tools to achieve that goal are lacking. Commitment to hold the line on taxes is one thing, getting there is quite another.

We hope that other school districts and cities in Manitowoc County follow the lead of the Two Rivers public schools and make a good-faith effort to hold the line on property taxes.

Note “serving the taxpayer” not serving the students, but even in this formulation the impossibility of quality services under these conditions is apparent.

The editorial closes with more praise for Two Rivers and holds that district up as an example for others to emulate:

Two Rivers has demonstrated it can be done, even against highly challenging odds.

“It” being not raising taxes, apparently.  How did Two Rivers do this?  That’s where things get even more senseless.

Some of the answers can be found in a Herald Times news story:

The contract with the teachers union even includes a provision that taxes would not be increased. He said the teachers agreed to a pay freeze and an increase in the amount they pay toward health insurance premiums if needed to balance the budget without raising taxes, but that didn’t become necessary.

First, what is in the water of those Two Rivers?  Why would a Union — if they could (and even pre-FitzWalker tax rates were not subject to collective bargaining, so I don’t see how it could have happened) — negotiate a tax freeze?  Senseless.

And remember that the editorial said that “About half of that savings resulted from the pension and health benefit requirement,” and this story also refers “teachers having to pay more toward their retirement and health insurance benefits,” so something is hinky or at least confused.  Are they paying more or not?

But the real senselessness is found where this and other articles detail where some of the other$1 million in savings came from:

The board had decided to take $235,310 from its fund balance to help balance the budget without raising taxes.

Depleting fund balances is unsustainable (and not an option all districts have).  Very little sense there.

I’m not sure where the other $700,000 plus came from but a column by District Administrator Randy Fredrikson gives a clue on some of it:

A significant portion of our levy is still paying off the new high school and Koenig Elementary School. We have aggressively refinanced these obligations when time and interest rates permitted. This refinancing has also helped us control the budget over the past several years

In order to achieve significant savings from refinancing you have to have significant debt, something that not all districts have.  Interest rates also have to be lower than the initial rate.  Or you could front load savings like MMSD did in 2009 when they refinanced, in that case (and maybe in Two Rivers), there were some real savings via lower rates, but these were weighted to the initial years and in fact payments increased for some future years.  Whatever is going on, it is not sustainable  — repeatedly refinancing is just kicking the can down the road —  and doesn’t make much sense as something to base a blanket recommendation for budgeting on.

One more piece in another story:

So I guess other districts should look to sell schools also.  Senseless.

What does make sense would be to make the number one priority and goal finding sustainable  means to invest in giving every child the Opportunities to Learn they need and deserve.