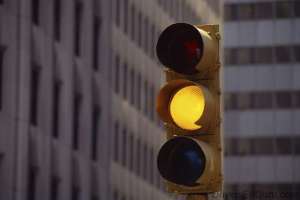 [Update — I forgot a huge issue:  Waivers.  ULGM had previously asked for a blanket waiver of all MMSD policies and some state laws.    There has been no further information on this.]

Big news over the weekend in the Madison Preparatory Academy saga.  There has been significant and positive movement on four issues by the Urban League of Greater Madison (ULGM).  First, they have changed their request from non-instrumentality to instrumentality, increasing control by and accountability to the district.  Second, they have agreed to be staffed by teachers and other educators  represented by Madison Teachers Incorporated (MTI) and follow the existing contract between MTI and the Madison Metropolitan School District (the memo on these two items and more  is here).  ULGM has also morphed their vision from a district-wide charter to a geographic/attendance area charter.  Last, their current budget projections no longer require outrageous transfers of funds from other district schools.   Many issues and questions remain but these move the proposal from an obvious red light to the “proceed with caution” yellow.  It is far from being a green light.

Before identifying some of the remaining questions and issues, I think it is important to point out that this movement on the part on the Urban League came because people raised issues and asked questions.   Throughout the controversies there has been a tendency to present Madison Prep as initially proposed as “THE PLAN” and dismiss any questioning of that proposal as evidence that the questioners don’t care about the academic achievement of minorities and children of poverty.  This has been absurd and offensive.  Remember this started at $28,000 per/pupil.  Well, ULGM has moved this far because people didn’t treat their proposal as if it had been brought down from Mount Sinai by Moses;  if the proposal is eventually approved,  MMSD and likely Madison Prep will be better because these changes have been made.  As this process enters the next phases, I hope everyone keeps that in mind.

There is a Public Hearing on “The Proposal” tonight, October 3,2011 @ 6:00 PM at he Doyle Building (show early, there will be a crowd).  “The Proposal” is in quotation marks because there is much information that is required by Board Policy in a detailed proposal that is either missing or incomplete.  What we have officially — many things have been discussed in the press or on the Madison Prep site in more (but still not satisfactory) detail than appears in the official record —   is all (or nearly all) posted on this page from the district.

In the next 6-8 weeks the Board will vote on the proposal.  According to their policies, among the things they will be considerings are:

…an analysis of how a decision to establish or not establish the proposed charter school will impact families to be served and the overall programs and operation of the District.

…at a minimum, consider the information included in the detailed proposal, the information provided by the Superintendent, whether or not the requirements of Board Policy have been met, the level of employee and parental support for the establishment of the charter school, and the fiscal impact of the establishment of the charter school on the District.

What follows is a very initial and very lightly annotated list of what I see as things that should be part of this process.  Because new budget information was only released Friday evening and much other information is lacking, I want to emphasize that this is initial.  They are grouped loosely by topic and in no particular order (I will say I think the last is most important) ; some are things I think are of real concern, others are things that I just think need answers.

There is much analysis yet to be done on the educational soundness of the choices made in the budget and more, but for now four issues jump out at me.

The latest information as reported in the Cap Times (not anything official) is:

Caire says the school is looking at facilities to rent on the near west side, with most students likely to come from the current Toki, Cherokee, Jefferson and Wright middle school attendance areas.

First Wright does not have an attendance area of its own but encompasses the whole West area.  I understand this as saying the school will draw from West and Memorial areas, but this needs clarification.    Once clarified, the likely impact on all schools involved must be considered, as well as how this will shape the demographics of all the schools involved, including Madison Prep (remember, charter schools cannot discriminate in admissions).

ULGM has said they intend to  satisfy the legal concerns of DPI at the time they finalize their contact with MMSD (if it gets this far).  This may be OK for DPI and planning grant funding, but seems to be mighty late in the game for MMSD.  I really think that this needs to be cleared up before the Board votes.

There is also the unexamined issue of how this fits with MMSD’s commitment to non-discrimination in relation to transgender students (something that is written into their Charter School Policy).  For those who don’t think this is important, I suggest you read the public testimony from the 2004 meeting that prompted MMSD to become a leader on this issue.

This is related to the Location and Attendance Area matters, but extends beyond.   Given the laws and policies requiring open charter school admissions, I still don’t understand how or why this can work to target those students who are failing/being failed.

This is and should always be the crux of the matter.  If the program being proposed can reasonably be said to have a highly likelihood of significantly improving the educational attainment of a significant percentage of those who attend, then (almost) everything else becomes secondary (it doesn’t go away, but it recedes and note that all of the “high likelihoods” and “significantlys” are  – to a great degree  —  subjective).

The Madison Prep educational plan itself is an incoherent and contradictory mélange of trendy and unproven elements.  Some of what is being proposed is promising (intensive tutoring, perhaps longer school days and years), some of it educationally empty (uniforms), and some of it likely damaging to creativity and authentic learning (the militaristic discipline of the “No Excuses” models).  None of the elements in-and-of themselves have been shown to make a significant impact on academic achievement and because of the contradictions there is a good chance that the whole will be less than the sum of the parts.

There has been nothing from Madison Prep since I wrote that to change my impression.    I’ll be researching and writing more on this in the coming weeks and hope that more information from Madison Prep on their educational plans is forthcoming.

I want to point out that the incoherence and contradictions of what we have seen so far block the supposed path to replicating any possible successes in district schools   If this works, it won’t be at all clear what aspects made it work.

Lately I’ve been digging into IB materials and looking for places where it has been tried with high minority and/or high poverty student populations.  What I’ve found thus far is some real, but pretty limited success, high attrition and that even the “non-selective” programs (most IB programs have a very selective  application process) seem to require students to  be at least at grade level when they begin.  This doesn’t sound like the students featured in the Madison Prep media campaign.

Since I’m on the topic of IB, one other question has occurred to me concerning how Madison Prep intends to implement the program.  Some schools do a “certificate” allowing students to pick and choose which classes they do IB and which they don’t; others do only the “all IB” diploma program; still others have some students on one track and some on the other.  This matters in terms of both vision and budget.  If not all students are supposed to be “all IB,” that will require more non-IB course offerings; if all are “all IB” the exam fees per student will go up (as will attrition).

I’m going to leave this for now, with a promise to expand on those areas that I think are most important and a reminder that thorough vetting is always better than faith-based policy.  Sifting and winnowing, a proud Madison tradition.