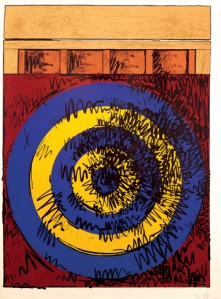 The Strategic Planning Committee set many laudable, if difficult to reach targets and the process of figuring out how to get to these targets has begun.  This includes the first designated opportunities for members of the public to weigh in.

Tomorrow evening (March 25, 2009, 6:00 to 7:30) at the La Follette High School LMC there will be a “Community Engagement Session” on the Madison Metropolitan School District strategic planning.  There will be another session at Memorial High School on April 16.  According to the announcement:  “These two sessions will give attendees an opportunity to receive an overview of the draft strategic plan and to give feedback on it in small groups.”

On the page linked above, there is a video linked where Supt. Nerad says “In the months after these three sessions in January, more members of the community will be involved in developing action plans for each priority area of need.”  I sincerely hope that these sessions are not the extent of the reach beyond the appointed Committee Members.  Supt.  Nerad’s language fits with things that were said prior to the January meetings and indicates that the “Actions Teams” would not necessarily be made up exclusively of those appointed to the initial Strategic Planning Committee.

Thus far this has not been the case.  The Committee members have been meeting as self appointed “Action Teams,”  to “identify actions steps” based on the priorities set by the Committee as a whole and that the public has been welcome at these sessions only as “observers.”  This means that the work has moved into step two before there has been any real attempt at engagement with any not part of the team.

The district did a good, if relatively secretive job in seeking diverse and varied representation on the Strategic Planning Committee.  The sessions scheduled for 3/25 and 4/16 are also good things.   However, if this planning and especially the implementation that will follow are to be successful, much more extensive openness,  inclusion and outreach in all phases of the work would be advisable.