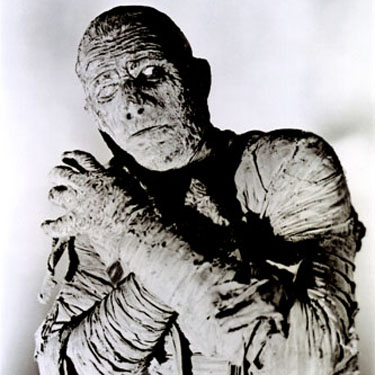 Well, Brenda Konkel, Gayle Worland in the State Journal and WKOW all beat me to parts of this.  I’m not sure if that makes my job easier or harder.  It does create the need for some clarifications.

Again, to review, the way things work now is that most items come to the Board as they sit in Committee (agenda and wrap up posts of March 1 Committee meetings linked) and then votes are taken or further discussion occurs when the meet the following week as “The Board” (March 8 Board agenda preview here).  This was a Board week.

The three public appearances all concerned the ongoing struggles of Latino parents at La Follette to secure a replacement for a bilingual staff member who resigned and (I think this is separate) the creation of a bilingual social worker position.  Two parents and Alex Gillis of the Immigrant Workers Union spoke eloquently of the importance of this position, the difficulties immigrant students and families face, their commitment to education and how in five months they have heard repeated assurances and seeming concern  from the district but have seen the position go unfilled and their children getting lost in the system.  One parent also mentioned the importance of having all notices available in Spanish, prompting me to realize that I have not seen any translations of the Budget materials.  In an exchange carefully framed to avoid discussing a non-Agenda item, Johnny Winston Jr. elicited confirmation that this position has been unfilled for too long and there was some difficulty involved with the posting or hiring.

The first major item on the agenda was the Budget options presentation.  Not much new here.  The public hearing dates (6:00 PM on March 22 at the UW Space Place in Villager Mall and April 18 at 1:00 PM,  Warner Park.) were confirmed and there was much back-and forth about the process and the need for clarity and consistency with the information communicated to the Board and the public.

Board members asked for and received assurances that Q&As would be promptly posted on the web and that things would be made more user friendly by grouping the impact statements by Tier.  It was also confirmed that a full, initial “Budget Book” will be out late this week or early next week.  This is essential to give context for the options.

One thing that caught my attention was that all items on the agenda for the workshop meetings would be starred for action.  I understand that the Board wants to do this so that they can take things off the table or decide on procedures and not have to revisit later, but it also means that at least some things may be decided prior to the first public hearing.

The Superintendent Communications Plan (revised) was up next.  The version linked on Friday did not have the “Presentation Format” portion, nor were there hard copies of the revised version at the meeting.  Communication breakdown.  I like the presentation format but like all these things, a good template increases the odds of a good report, but does not guarantee quality.

One correction to Brenda’s post:  It was Ed Hughes and not the administration who asked for a way to have the Superintendent acting with the Board President to scale back or refuse information requests.  This was rejected and the current policy will  be continued.

Maya Cole had some good suggestions for further refinement that were apparently communicated in more detail via email.  These may be revisited.

As I said before, it is good to have an understanding on these matters, but not a good sign of the state of things when all parties agree that there is a need to formalize some very basic practices.

The Madison School & Community Recreation (MSCR) After School Programs(written report) was briefly discussed and it was affirmed that at some future date consideration will be given to having MSCR run all after school programing.

The Recommendations to Increase Usage of the Infinite Campus Student Information System passed 7-0.  Board members questioned the impact of budget options on this plan, particularly in staff training and how it relates to the time-line which will require Infinite Campus use by all High School and Middle School teachers in 2011-12.  It was confirmed that — as with so much else — budget cuts would make it harder if not impossible.

The Renewal of DPI Waiver for Days of Instruction for Sixth and Ninth Grade First-Day Transitions passed 7-0.

The Five-Year Education for Employment Plan also passed 7-0 after an amendment requiring the addition of sections dealing with biotechnology, agriculture and students with disabilities be drafted by December 2010.  These are good additions.

There was something kind of strange about this item in that it has appeared repeatedly on the agenda since February 1 but I think this is the first time it has been discussed and I also got the impression it was the first time that some Board members had read it.  The problem is partially structural…too much stuff to deal with, so things get put off.

Also some good discussion of what has been lost with the East Agriculture program and what is being done to regain at least parts of that.  Ahh, budget cuts.

The Plan to Align the Work of the Administration to the District’s Mission and Strategic Plan – the Reorganization Plan, (PART 1, PART 2, PART 3) was the only item to not be passed by a 7-0 vote; Lucy Mathiak and Maya Cole dissenting.

Concerns included the many unanswered questions about what large parts of this will mean in practice, the sustainability of funding the new structures (although there are real savings associated in the long run — as well as the illusory “savings” of using fund equity to pay for the last contract year in positions being eliminated), the salary and job description for the Chief Learning Officer and how this relates to revised duties for the Superintendent, the process of implementation and filling positions…lots of questions.

I think the discussion and the vote revealed a fairly wide range of positions among the Board on how much deference should be given to the administration on this and other matters; more varied than the 5-2 vote indicates.  I tend to side with those who lean away from deference and toward direction from the Board, but these are delicate maters and both direction and deference are appropriate in different situations.  In this case, I think the administration should have had more in place prior to asking for formal approval.

Badger Rock Charter School Planning Grant Application, passed 70, with a reminder that financials may need to be redone due to possible budget cuts that will change the allocations that served as the basis.

Lindbergh Elementary Community Garden Proposal, passed 7-0 with an amendment allowing the Board to review and sunset.

Five-Year Financial Outlook to include Projected Budget Gaps and Tax Impacts.  Nothing new

MSCR Proposed Budget Reductions and Efficiencies for 2010-11. Some interesting back-and forth here, prompted by Johnny Winston and revealing that there doesn’t seem to be anything in the works on different options related to MSCR budget cuts. My guess is there will be soon.  Also talk of advertising revenue as a possibility.  On the Fee Increases there was a request for comparative information from other providers.  I’m not clear if this meant things like the YMCA, the Princeton Club, or other public entities in other locales.

In general, the MSCR things need a lot of attention in the Budget Process.  I see many places where the proposed cuts would have a significantly adverse impact on education and other things that are important to our community and the Equity implications of some of this are staggering.

The Approval of the “Resolution Authorizing the Issuance and Sale of $28,590,000 Taxable General Obligation Refunding Bonds” (here, here and here) brought good news that the rate was lower than expected (5.09), meaning more savings.  It was also nice to hear that the City of Madison was among the buyers.

As the budget goes forth with one option on the table being refinancing to put off about $4 million in payments  — Budget Option 188, (Tier 1) — , and others such as the Reorg  involving spending fund equity, I think it is essential that early on there be a full discussion of the advantages and disadvantages of these approaches in the long and short term, including a review of what has and has not been done in recent years in these areas.  I asked for this last year too and it hasn’t happened.

Brenda Konkel has the Edgewater stuff covered in more detail than I”d do, so I’m leaving that alone, except to provide a clarification.  Beth Moss’ comment about “avoiding what happened last time” isn’t really relevant to current matters, or is only relevant indirectly.  The early closures of TIDs in 2008 provided an outside the Revenue Limits windfall to the district.  However, the way that revenue was treated under state law in calculations for state aid prompted an aid reduction for 2009-10.  These days, revenue limits are less important and (I think) that MMSD will be hit with the maximum in state aid reductions no matters what (I may be wrong, the TIF/TID thing might push us beyond the 15%).  The one way this could come into play is if the TID is not expanded to include the Edgewater and closes early…it would be good to have clarification on how that plays out in relation to state aid prior to the vote by the Board on the project.

That’s it.  Late, but more thorough than the “competition.”