Our schools are in danger, and some are just throwing stones 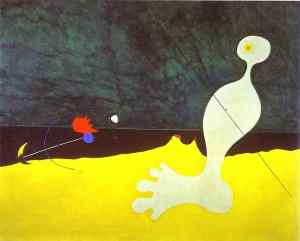 John Smart — of the Park Falls School Board, the Policies & Resolutions Committee of the Wisconsin Association of School Boards and the Board of Directors of the Wisconsin Alliance for Excellent Schools — provides some more big picture context and good advice related to the vote by the Wausaukee School District to dissolve.

Our schools are in danger, and some are just throwing stones
by John Smart

It was just announced that the Wausaukee School Board has voted to dissolve their school district. They have had two failed referenda asking to allow them to exceed the state-imposed revenue caps, the last one losing by 19 votes, and the Board felt it had run out of options. Board President Dennis Taylor said, “The choice is not ours. The choice is the taxpayers of this community.”

If the dissolution goes through, the 500 or so students in the district will be distributed to surrounding schools in Wabeno, Marinette or maybe Crivitz or Pembine.

So many of our school districts are having financial problems that I should have thought that everyone would have some genuine understanding of the situation by now, but apparently that’s not so. There are still “experts” in the woods who think they have all the answers.

There have been 88 school referenda in Wisconsin so far this year in attempts to override the state’s unrealistic revenue caps, and exactly half of them failed, like Wausaukee’s. That means that school districts like Washburn, Rhinelander, Chetek, Durand, Hartford and so many others are in the process of making drastic cuts in curricular and co-curricular programs, thus depriving our next generation of the wherewithall to compete in the 21st Century global economic sweepstakes. Others may be contemplating the drastic measure that Wausaukee has taken.

It’s easy to level blame on the school boards and administrators for not doing their duty, but school boards are just local citizens who are willing to take on the job because it’s so important. It’s really everyone’s responsibility to study the issues and take part in the solutions. How many local citizens attend your district’s school board meetings? Ten or twenty? More? Less? Do you?

It’s also too easy to blame teachers and their unions. Our teachers are dedicated professionals who are working overtime to educate our kids. They’ve put themselves through a minimum of four years of higher education and must continue to take classes in order to maintain their licenses. Their compensation should be compared to other professionals, like doctors, dentists and lawyers, and in that company they’re hardly overpaid. Plus – I challenge anyone who thinks that teaching in 2008 is easy to spend a day in a classroom! I have.

Enrollments are declining in most of our districts. In Park Falls, we just graduated a class of 85, but our kindergarten class was 53, which doesn’t bode well for the future.

We’re trying to consolidate with the Glidden district in order to boost our combined numbers. Even though there are always snags in such attempts, we’re hoping that we can combine our strengths and build a great new school district.

But, considering declining enrollments and the failure of the state funding formula, consolidations are far from the ultimate answer, as those of us in the trenches know only too well.

The state school funding formula is based on student numbers, so that is not working in our favor, and will continue to get worse unless major reforms are instituted.

State aids are also based on equalized property evaluations, and ours in the Park Falls School District have risen, from $303,606,538 in 1997-8 to $648,752,692 in 2007-8, thanks in large part to expensive “cottages” built on our beautiful lakes and rivers by seasonal visitors and retirees. To the state formula, which is based on property values rather than income, this makes it look like we’re more than twice as wealthy as we were ten years ago, and consequently our school aids have been reduced.

In Park Falls, we received $3,923,263 from the state ten years ago and $2,578,690 this past school year. Our enrollment may have dropped, but the expenses of running a school haven’t dropped! Everything from teachers’ salaries to energy costs have gone up, and the difference must, of necessity, be raised from local property taxpayers. In Park Falls, our tax levy has risen from $1,820,324 ten years ago to $3,844,298 this past school year.

The current state school funding formula was passed as a temporary, stop-gap measure in 1993, but is still in place. It sets the QEO, a limit to the compensation teachers can be given, and the revenue cap, a limit to how much the school districts can levy from property taxes. But it left a gap between the two that assured a fiscal nightmare, which is now upon us. It should also be pointed out that teachers are the only public employees who are limited by law in raises to their compensation packages, and school districts are the only municipal governmental units limited by caps in tax levies.

The legislature has been incapable of dealing with this issue. The “No New Taxes” people in the Assembly are determined to hold firm, resisting the clear need for sales tax and corporate tax reforms, which would put more revenue into the general fund and allow more adequate school aids.

There are good plans for school funding reform on drawing boards all over the state [and nation], and they are all hinged to the realization that there is nothing a society does that is more important than educating its young. The Wisconsin Alliance for Excellent Schools has some terrific ideas [www.excellentschools.org] – please check them out.

There is an election in November, and with it the opportunity to change the do-nothing legislature. Please make sure that your candidates understand how critical the school funding issue is, and vote accordingly.