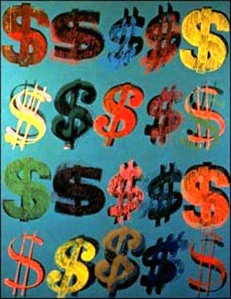 The public testimony phase of the Joint Committee On Finance‘s (JFC) budget process has begun.  There were official hearings last week in Sparta, West Allis and Eau Claire, as well as a listening session in Ashland. This week the committee will be in Racine on Monday, March 30;  Appleton, Wednesday April 1; and Cambridge on Friday, April 3 (click here for details).

The way it works is, first the Governor proposes a budget, then the JFC hears from agency heads and the public and proposes changes (or not), each house of the legislature takes up the options and than it is a three-way back-and forth, till there is budget that both houses agree on and the Governor signs (the Governor gets one final swipe with his now-limited partial veto).  Much of this is explained in this 2007 memo.

These hearings are the only official public opportunity for citizens to have a say in Wisconsin’s  taxing, spending and investment priorities over the next two years.

It is disappointing that the media coverage has been so minimal (see below for some of what has appeared).

Some of this is due to the reality that these hearings are largely a ritualistic dance.  Advocates make their case, legislators smile and nod and look for openings to make their points and then behind closed caucus and office doors the real work is done (Reps. Cory Mason, D-Racine, and Dean Kaufert, R-Neenah have proposed bringing party caucuses under the open meetings laws).  I still think that the hearings are important, if only to keep the voice of the public before the powerful.  The hundreds who testified last week also think it is important.

For advocates of comprehensive school finance reform, the ritual dance requires some awkward steps.  It isn’t easy to simultaneously speak to pressing need a big fix of the broken system and address what is likely to be helpful or harmful in the immediate budget process.

Most  advocates also have an interest in budget matters not directly related to comprehensive school funding reform.   So teachers such as Kelly McMahon and Abby Ryan make strong cases for the Student Achievement Guarantee  in Education (SAGE) program within the context of the general benefits of investing in education but with no direct appeal for comprehensive reform.

John Smart, a Board Member in Park Falls testifying in Ashland didn’t use any fancy terpsichorean moves, he simply reminded the committee members of the failures of our current system and the possibilities offered by the School Finance Network:

The Park Falls and Glidden School Districts have voted to consolidate, and the new Chequamegon School District will officially come into existence on July 1st of this year. I am running for the new board as well in the April 7th election, but I don’t know how I will fare! As elected officials yourselves, you will understand that…

We hope to realize some economies of scale by consolidating, but the principle reason for doing so is to provide our students with more opportunities. We will appreciate anything that the legislature can do to assist us in this challenge. You will be seeing many more school district consolidations in the near future, so be prepared.

You are certainly aware that the costs of running an effective school district continue to rise: staff – healthcare – technology – building maintenance – and so much more. You are also aware that referenda have been increasingly unsuccessful in raising the necessary funds. Ours was. Our property-taxpayers are rebelling. The existing school funding formula does not work anymore – if it ever did – and reform is desperately needed.

The WASB and the WAES are both members of the School Finance Network, along with representatives of almost all of the stakeholders in education in Wisconsin, including the PTA. The SFN has proposed a new funding formula, which will be analyzed at a hearing of the Assembly Education Committee on April 21st, and I intend to be there as well.

I urge you to look closely at school funding. We really must do something to resolve this situation before we do damage to one of the best education establishments in the nation. Thank you for your consideration.

WEAC President Mary Bell moved with grace between the immediate and the big picture while also advocating for consideration of the School Finance Network‘s proposals.  Here are excerpts from her testimony in Sparta:

The budget proposal introduced by Gov. Jim Doyle recognizes that we must all make sacrifices in light of Wisconsin’s challenging economic conditions, but that there is no greater promise than the one we make to educate our children for the future. Investing in them reaps dividends for generations to come, and we cannot turn our backs on who we are and what we value – our children’s education. Wisconsin has great schools because the people of our state have been committed to building great schools for generations – even in times of hardship. We urge the legislature to uphold our great tradition by passing the Governor’s budget proposal with funding for schools intact.

I’d like to now speak to some of the specific features of the Governor’s budget proposal that will affect public schools and colleges in Wisconsin….

We support these funding improvements, but urge the legislature not to assume they will solve the serious funding issues of Wisconsin’s public schools. Layoffs and program cuts will still be part of the spring and summer news reports, though certainly not as deep as without this important investment. A thoughtful and comprehensive look at school funding is needed, if not with this budget, then in this legislative session. The School Finance Network proposal is, we believe, worthy of your attention as we, the citizens of Wisconsin engage in that conversation…

Many others testified on education issues, but the news reports are pretty skimpy, so it is hard to tell how they managed the dance.

Eau Claire School Superintendent, Dr. Ron Heilmann, was one of several area administrators who spoke on the difficulties facing school districts. Heilmann says revenue limits over the past 16 years are threatening public schools across the state. Eau Claire is one of several districts considering lay-offs for teachers and other staff to cut expenses (see this on AMPS for more on cuts in Eau Claire and elsewhere).

The Leader-Telegram article includes Heilmann and adds some words about others educators:

Many educators addressed the committee, saying limiting revenues as costs continue to grow has created a budgetary imbalance that threatens the quality of services schools can provide. From growing class sizes to fewer programs, schools can’t continue under the current funding system without gutting educational programs, school officials said.

“We’re not making it here, folks,” Eau Claire school board member Brent Wogahn told panel members, who were spread across the full width of the Gantner Concert Hall stage.

After years of school districts trimming budgets, Heilmann said, “The fat is gone … and (budget cuts) are impacting our students in ways that are unacceptable.”

“We continue to do more with less and we are subjected to the same kind of inflationary pressures as everyone else,” he said.

Trowbridge warned that any state cuts from the two-thirds finding level would result in increased property taxes. He also spoke in opposition to repeal of the Qualified Economic Offer policy that limits teacher salary and benefit increases.

Finally, here is a video on the Sparta hearing  from Channel 3000, Madison.  Not much on school funding, but a great time-lapse sequence that gives the feel of the ritual dance.

As always the WisPolitics Budget Blog is a good source for updates on the budget process, including the JFC hearings (although this time around, the coverage seems a bit thin thus far).

Don’t forget that you too can learn how to do the citizen/lobbyist for school finance reform dance at the MMSD Legislative Advocacy Forum on Wednesday, April 1 at Wright Middle School.