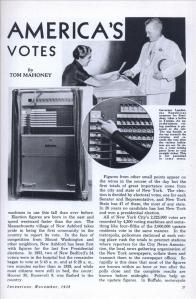 The results are in.  Good news with Tony Evers, Shirley Abrahamson and Arlene Siveira.  Very mixed results on the school referend in Wisconsin.  Not as bad as February, but many children’s educations will suffer as a result of the losses.

Information on the measures can be found in this previous post and the full report from DPI is here.

First the Non Recurring Operating Referenda where 10 passed and 14 failed.

Lots of close votes (6 on Washington Island referendum!) and unfortunately, unless there is comprehensive reform (see below), even the districts where the referenda passed will soon be asking again or heading off the cliff.  Many of the ones that failed will return to the voters, sooner rather than later.

The results for Recurring Operating Referenda were not as good.  7 failed and only 2 passed.

The votes don’t look to have been as close. Recurring referenda make much more sense in terms of planning, but for some reason the anti-forces have been very successful demagoguing the concept.

5 yes and 7 no, with mixed results in West Bend.

More votes in Salem and Cuba City later this month and elsewhere — especially where referenda failed —  the axe will continue to fall and AMPS will cover as many of the cuts as we can.

This growing reliance on regular referenda is perhaps the clearest evidence that the way our state funds education is broken.  Too much time and energy is being misdirected at securing basic funding instead of educating, too many communities are being split over these votes instead of united to give their children the opportunities to create a better future.

It is well past time to fix it.